Nearly two thousand miles apart, Team Elite’s top competitors took to their fields with success over the weekend, first in Salt Lake City, UT at stage three of the World Cup, followed by Champion, PA for the annual Organization of Professional Archery tournament.

Elite Archery’s Kris Schaff, Reo Wilde, Christie Colin and Fiona McClean battled intense winds all week through qualifications and eliminations. After the first day of shooting, Schaff was seeded first, and Wilde second headed into eliminations, which earned them automatic spots into the men’s USA compound team. Colin (USA) and McClean (Canada) each qualified for their own country’s top team spots.

In the first team medal match, Colin, shooting an Energy 35, helped her team (Lexi Keller and Jamie Van Natta) to a 220-202 victory over the Russian Federation. 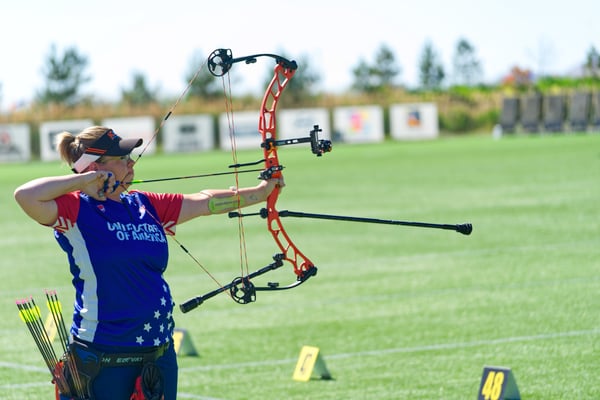 “The wind was undoubtedly the biggest obstacle this weekend,” Colin said. “I was thrilled to qualify to represent the United States and compete with the team once again and take home the bronze medal.”

Looking for redemption after Antalya’s silver medal finish, Wilde and Schaff (each shooting Echelon 39’s), with teammate Steve Anderson, were gunning for a USA victory. The trio opened with a dominating 59-54 and followed with two perfect 30-rounds to secure the gold against Mexico.

“It was super windy and my equipment performed amazing – if I could hold it in the middle it went there and gave me tons of confidence to make good, strong shots,” Wilde said. 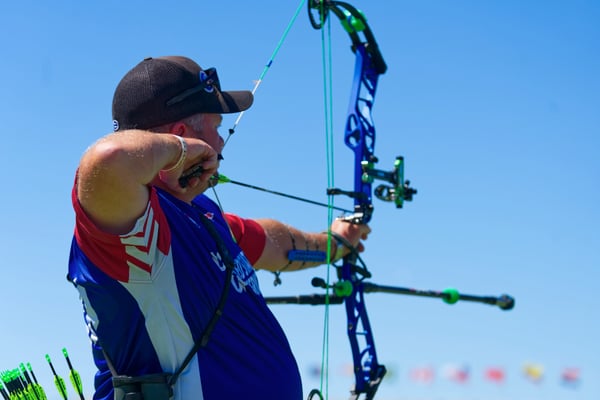 “The gusty winds forced me to be technical this weekend in trusting my shot process and never giving up on a shot,” Schaff said. “The forgiveness of my Echelon helped make shooting in the wind easier – and even with the wind blowing as it was, I believe Team USA showcased the best rounds of shooting I have ever been a part of.” 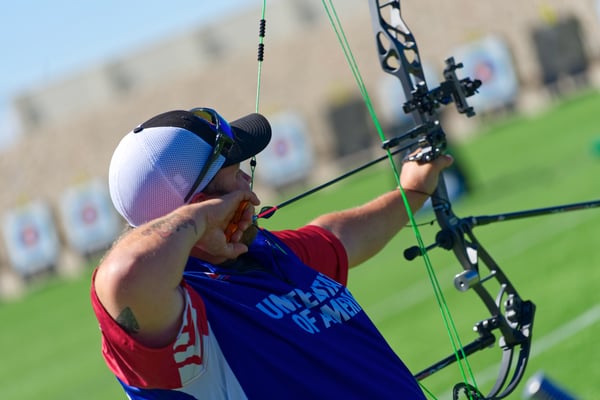 At the conclusion of the week, Wilde finished in 6th overall (bumping his World ranking to 8th), Schaff ended in 7th (his World ranking remains unchanged in 4th). The duo will head to stage four of the World Cup in Berlin, Germany, in just under a month. There, they’ll need to either win the tournament or be among the top three collective point-getters to earn a spot at the World Cup Final in Samsun, Turkey this September.

On the other side of the continent, yet also contending with extreme winds and weather, a host of Team Elite’s top 3D competitors took to the hills at the Seven Springs Mountain resort in Champion, PA. for the third-annual Organization of Professional Archery (OPA) tournament.

“Coast to coast, this team continues to prove they are among the Elite,” said Darrin Christenberry, Elite Archery’s pro staff manager. “When our team is presented with challenging conditions like extreme wind and rain, it’s a testament to their training and the trust they have in their equipment to maintain that podium-finishing performance.” Madison Rutkowski finished 5th after a nail-biting women’s expert shoot down, but it was Chance Beaubouef who, with his Echelon 39, challenged for the lead. After exchanging arrow for arrow with some of the world’s best in the final shoot down, Beaubouef finished in third place amidst the challenging conditions.

“The courses this year were the toughest I’ve ever shot, and combined with the weather made it more about managing the damage than trying to hit dots,” Beaubouef said. “The first half of the first day was what I have nightmares about, and going into the second day I set a goal of staying out of the 8-ring and by the time I got to target 14 I was 12 up. Overall I was thrilled having finished at 16 up for the day and when I look back over the weekend, I shot 22 up on all the targets I could aim and execute my shot on - on those courses I couldn’t be happier.”

As Wilde and Schaff prepare for the next World stage, Elite’s 3D specialists will compete next at the Archery Shooters Association tournament in Metropolis, IL, followed by the third leg of the International Bowhunters Association circuit in Pennsylvania.