Echelon Tuning from the Pros

When Elite Archery engineers sat down with the Elite pro-staff team, and in conjunction with what the industry has demanded of its target bows over the years, the game-changing Echelon was born.

The 2018 Elite Echelon is a completely redesigned, unique, and totally customizable bow, from fit to finish. It is the first bow on the market to offer a multi-axis adjustable cable slide system *and* a limb stop adjustment, while still maintaining, and arguably improving the already smooth draw cycle Elite shooters have come to know and expect.

With the finished product now in the hands of some of the best archers in the country, the feedback has been incredible. We gave our pro-staff a few months to get to know their new Echelon bows and asked what they thought. Here are some of their insights. 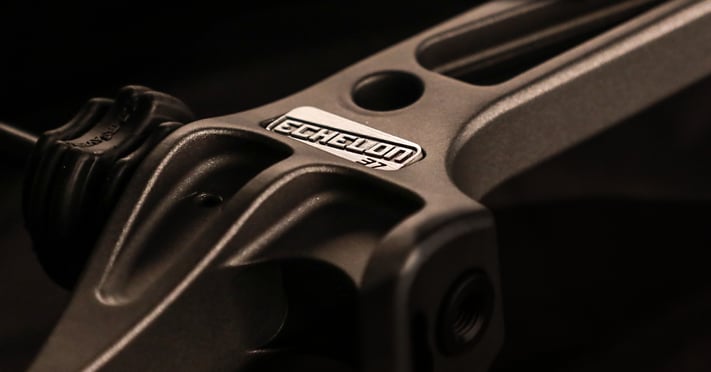 The multi axis cable slide is one of the features of the Echelon that I am more excited about. This feature will give you the ability to really fine tune your bow. The ability to have so much adjustment acts like a yolk without the worry of it changing in temperature or stretching over time. This feature will make bare shaft tuning and paper tuning incredibly simple.

I prefer limb stops over the cable stops because I like a solid back wall. With the limb stops I find to be more consistent with my style of shooting, I pull pretty hard against the back wall and with cable stops I've seen that if I wasn’t in the exact same spot every time, it affected my point of impact - but with the limb stops, no matter how hard I pull or how soft I pull against the wall it’s always in the same spot. I feel that in pressure situations I don’t want to be worrying about how much pressure I’m applying to the cable stops, but more on aiming and executing a good shot. Everyone's shooting style is different, and that’s what’s so cool about the new Echelon - they are totally customizable to your shooting style. 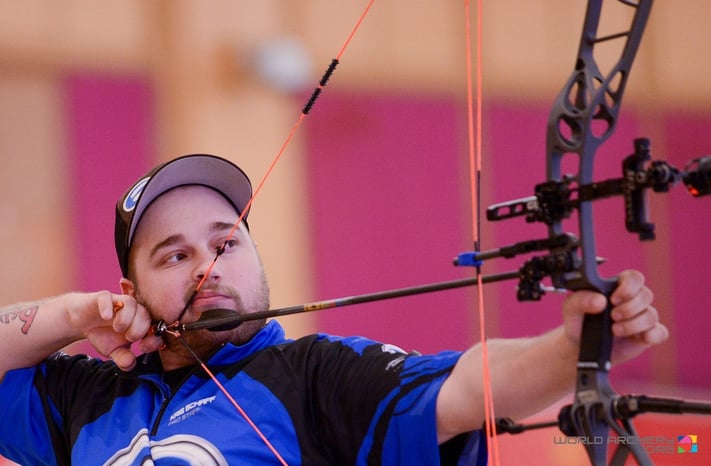 Getting the new Echelon in my hands has been absolutely amazing. I thought that I loved my Victory 37’s but the Echelon 37 has me lost for words. Being able to have the option to shoot cable stops again has been a huge game changer for me, and getting to pair them up with the new Multi Axis Adjustable Cable Slide system has given me a bow more shootable than I ever could have imagined. I’ve noticed that I’m able to pull through my shot being more aggressive and stronger against the cables, which has slowed my movement down and cut all of my left and rights out of the picture.

Every archer is different in everything they do in the shot, and more specifically, in the way they set their hand or torque a bow. With the new Multi Axis Cable Slide that comes stock on the Echelon 37 and 39, every archer can fine tune it to their shot. No other bow on the market has a cable rod system that is as adjustable as the Echelon series.

You can adjust the cable rod so that you can reduce the effects that your torque has on the bow, and therefore create a better, and more consistent shot. You can also use the Multi Axis Cable Slide system like a yoke system and affect the centershot of the bow, a feature that, among binary cams, you can only find on the Echelon series bows.

Elite engineers went to the drawing board to manufacture a bow that is super stable yet adjustable enough to fit all shooters. With many new features debuting on the new Echelon series nothing stands out quite as much as the new Multi Axis Adjustable Cable Slide system. It allows the shooter to tune the bow to their specific needs. It’s technically advanced beyond all other cable adjustment systems because of the ability to adjust laterally but also pivot. This gives the shooter the ability to adjust the cam lean and cable load. Both are extremely important for advanced tuning.

Simplified, lateral, and pivoting cable adjustments can fix erratic horizontal arrow flight issues. You now have the adjustability all wrapped up in one component on the new Echelon series to super tune your bow. 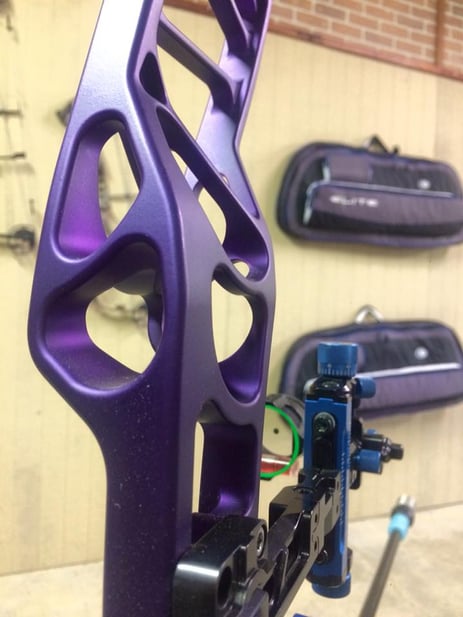 After getting things set up it didn't take much effort to get it to shoot bullet holes through paper. Having a multiple axis system lets you make adjustments over the full draw cycle for fine tuning and because it doesn't have to run parallel with the cables you have less of a chance of running into clearance problems. Making adjustments is quick and easy and I'm looking forward to pounding some X's.